Government establishments within the grass residences include the court of appeal as well as the Quezon City Hall and the Batasang complex. Some of the educational institutions include; the Ateneo De Manila University and the Philippine science high school. There is also the ABS-CBN network and the GMA network. The various medical establishments present within the grass residences include; the Philippine heart center, the National Kidney Institute as well as the East Avenue Medical Center. The commercial establishments include business centers such as the techno hub. Also, the location of green residences has got itself accessibility to and from other different locations. It is a click away, on the road leading to the Quezon City Memorial Circle.

Developed by SM Development Corporation (SMDC), Grass Residences comprises of five 39-storey towers and devotes an expansive 75 percent of its total area to landscaped lawns, swimming pools and water cascades, thus, bringing the beauty of nature to a high-rise abode. 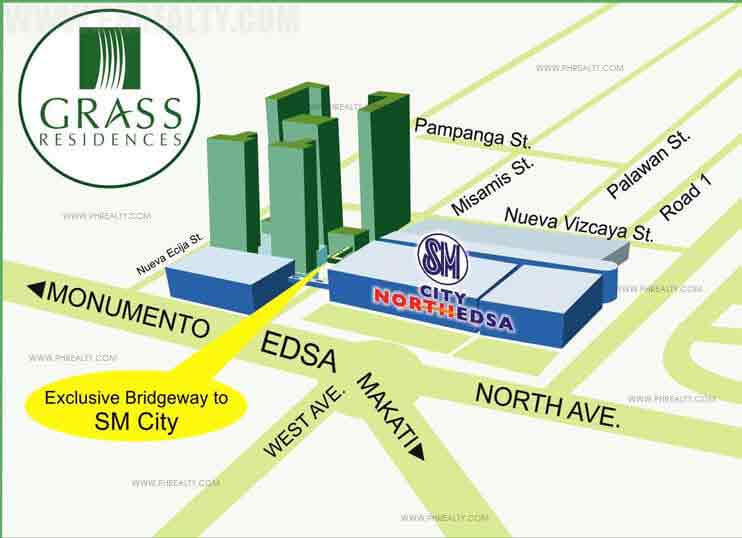